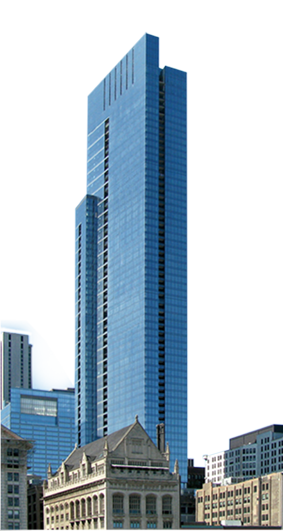 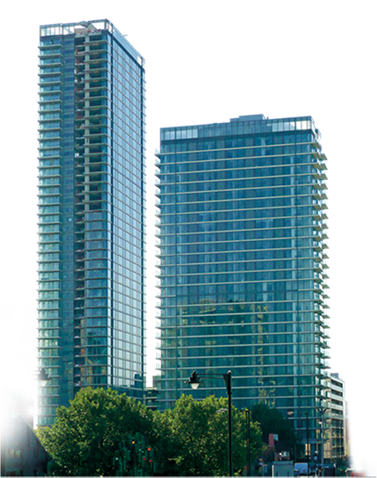 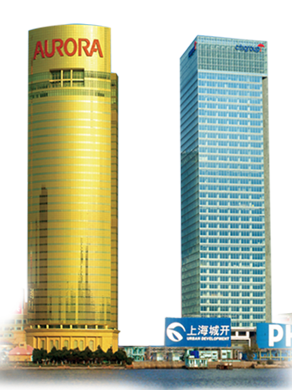 World Top One Curtain Wall Company, Leading the Future of the World Cladding

Yuanda China is an independent public company with curtain wall as its main business, and it is a venture company with the most international influence in Yuanda Group, the top brand to lead Chinese curtain wall industry into the international market.
Yuanda China has the world biggest curtain wall manufacturing base with an area up to 1 square kilometer, which is equipped with 1150 sets of international advanced automatic manufacture equipments that could satisfy the needs of 13,000,000m2 in one year;
Yuanda China is one of the world largest cladding R&D teams with its R&D institutions established in 12 regions in the world such as China, Singapore, Switzerland and Australia. It has more than 600 professionals and more than 1500 technical staffs. The R&D expense remains to be around 2.3%-3.6% of the revenue. The constantly updated number of the patents granted represents the world leading R&D capability of Yuanda China Holding. From year 2008 to date, more than 80 new products are launched and 831 patents are accumulatively obtained. 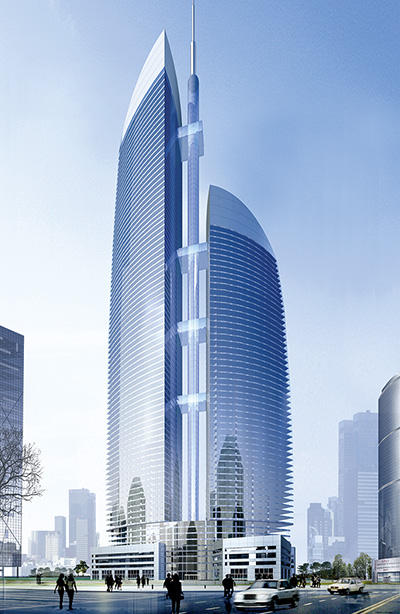 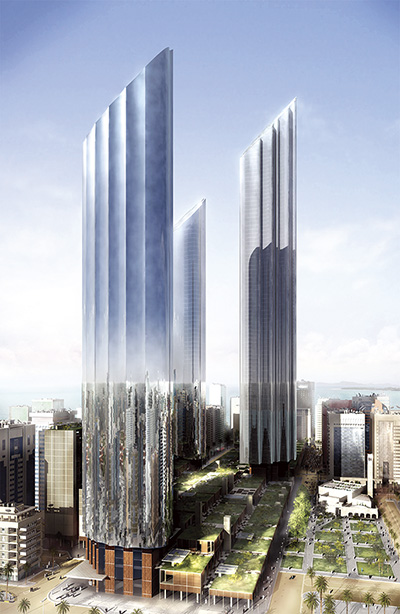 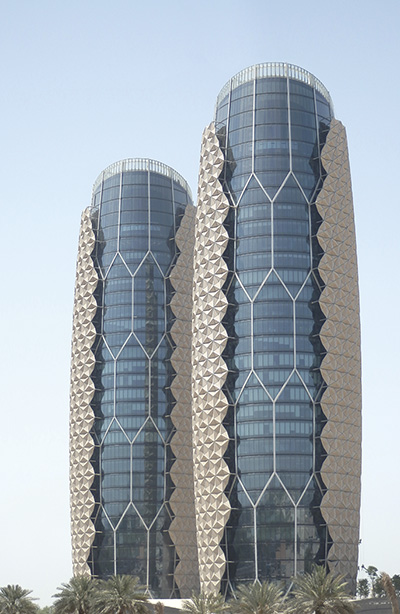 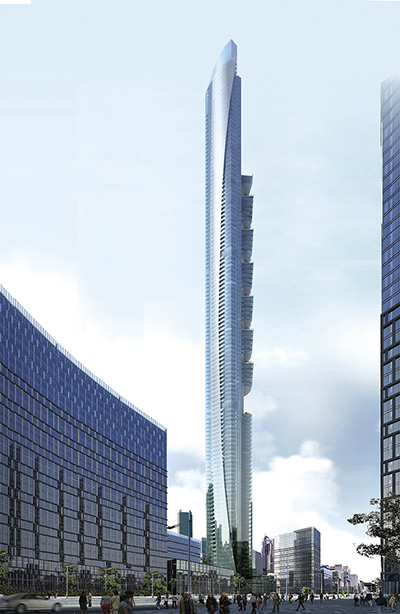 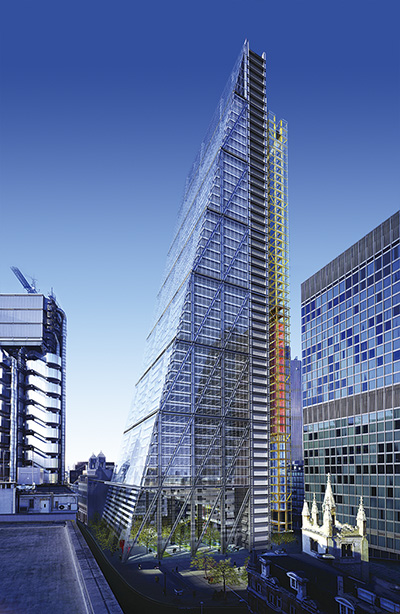 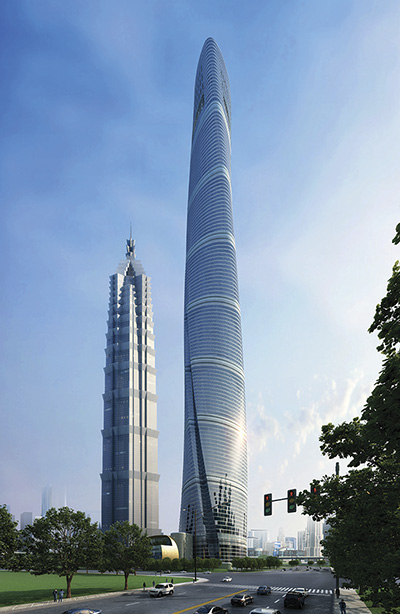 The tensioned membrane structure building with the largest length of span in the world—“Bird’s Nest”, giant steel structure, wearing a light chiffon; Yuanda makes full use of its independent innovative techniques to present lithe grace to “Bird’s Nest”.
The largest pneumatic membrane structure building in the world—“Water Cube”, which is the largest membrane installation project on earth with the most complex and comprehensive structure, it is the first time in China to apply ETFE membrane onto the curtain wall.
Shenyang Olympic Sports Centre Stadium—“Crystal Crown”, is an internationally representative architecture with the most advanced high-technology. It is another excellent project presented by Yuanda for the Beijing Olympic Games.
Tianjin Olympic Centre—“Water Drip”, which is of fancy shape, is a 3-D curved surface building constructed with the combination of cellular board and point-glass. The scope contracted by Yuanda has been widely praised in the curtain wall field. 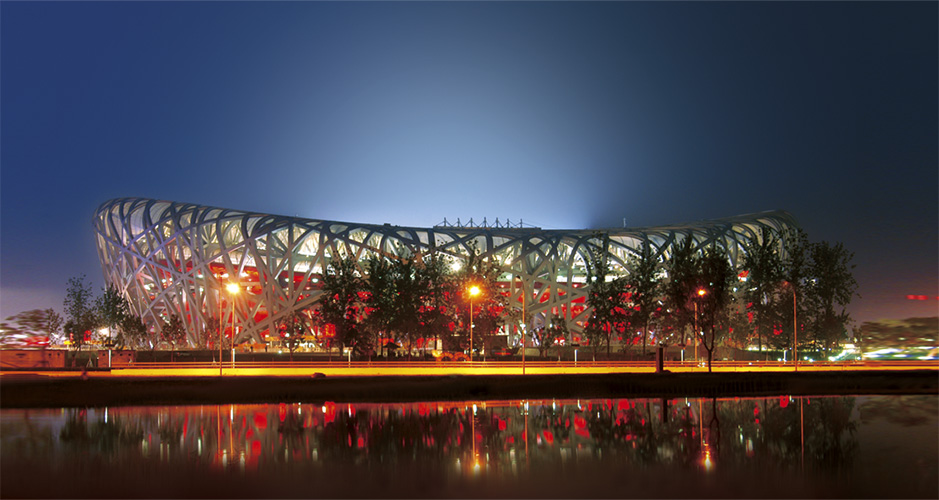 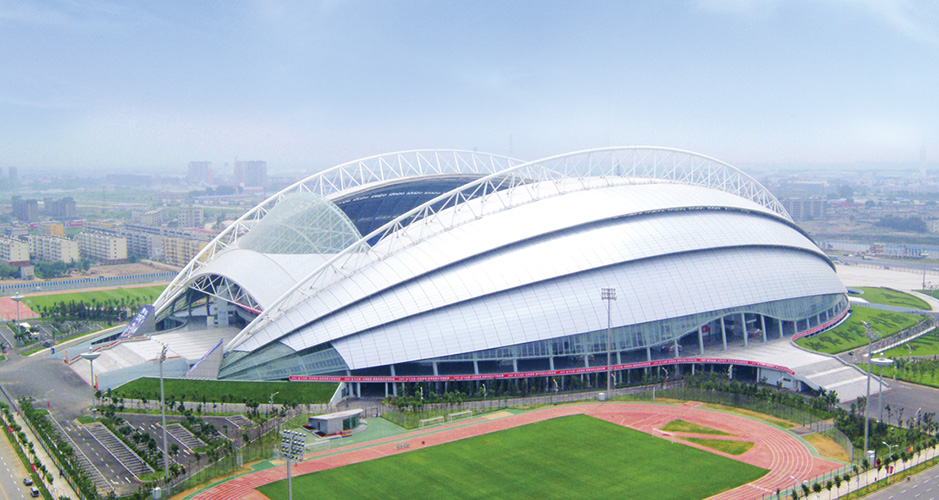 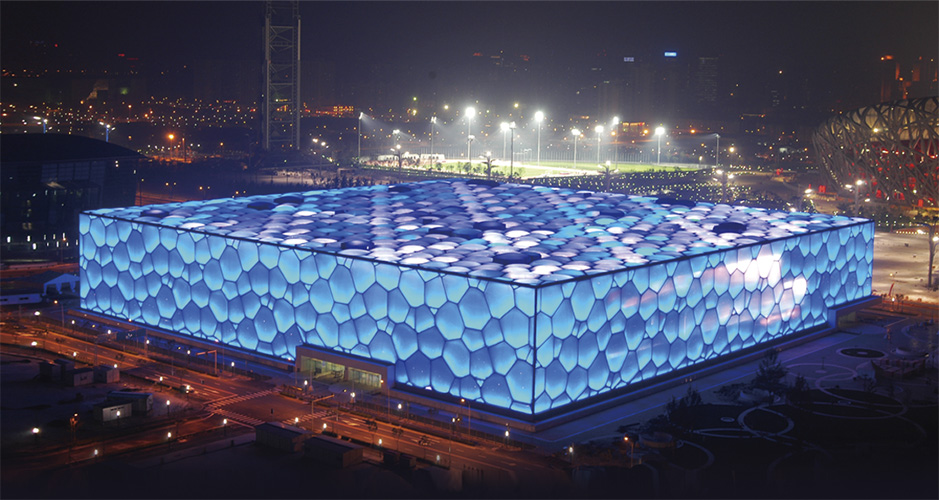 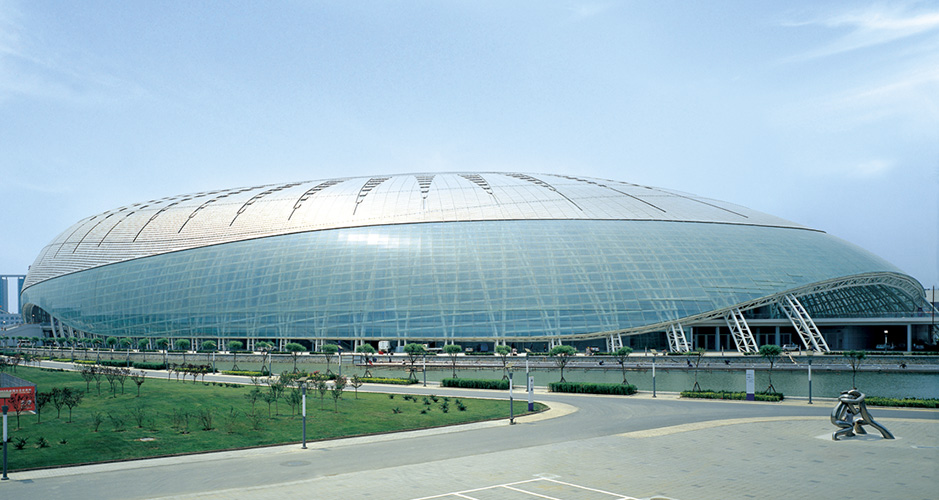 Shanghai Expo Centre—which is a project with the highest requirement in construction and environmental protection, Yuanda made tens of technologic breakthroughs to draw an outline of colourful life in future cities.
The largest ecological green wall in the world— Theme Pavilion of Expo, the total area is 5000m2, which absorbs 4 tons of carbon dioxide per year, being a new representative of low- carbon building.
The State Grid Pavilion—“Magic Box”, the external curtain wall and roof contracted and constructed is equipped with solar heat collection plates, through 12-mirror sunlight delivery system, an imaginary flowing of shadow and light is presented.
Shanghai Corporate Pavilion—“Magic Cube”, making full use of solar energy collection screen with the recycled plastic as the main raw material, the building is covered with an innovative breathing “Grid Perspective Dress”
China Railway Pavilion—presenting the city image with simple texture and rational grid; with full colour LED lighting in the middle simulating the railway network, it exhibits fully the simple beauty of nature.
Expo InterContinental Hotel—the only international-brand hotel stationed in Shanghai Expo Site, it has now become the latest representative of luxury hotel in Shanghai. 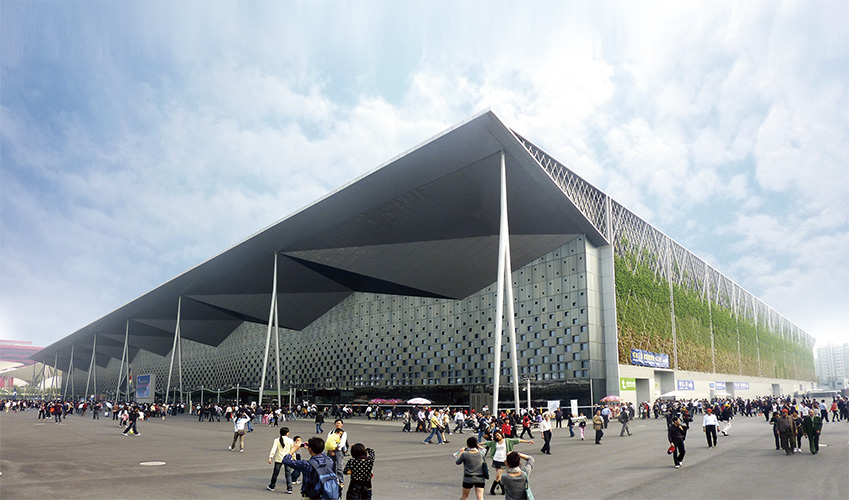 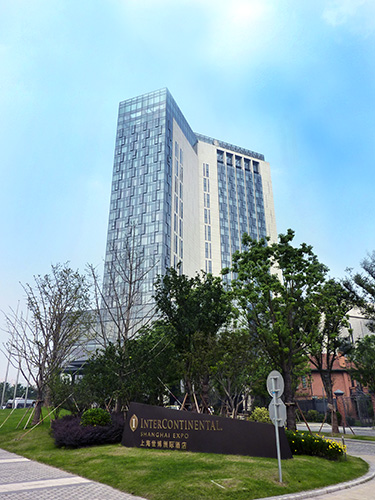 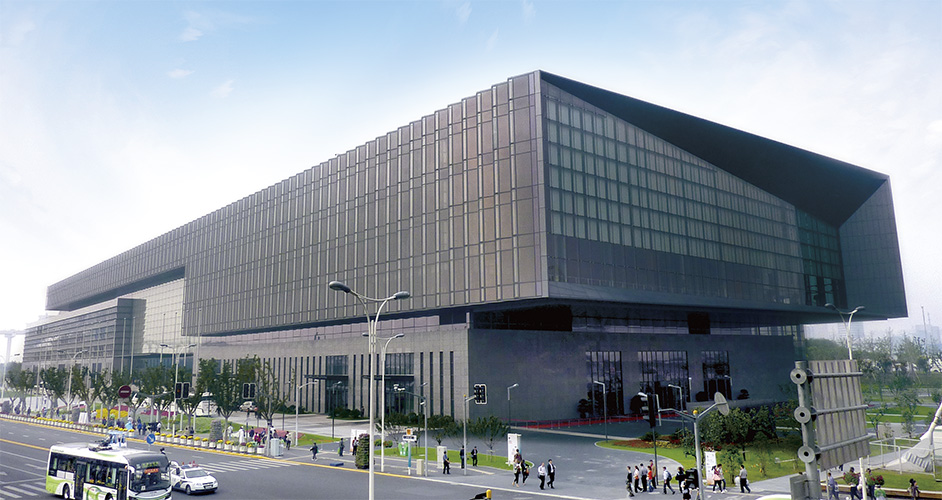 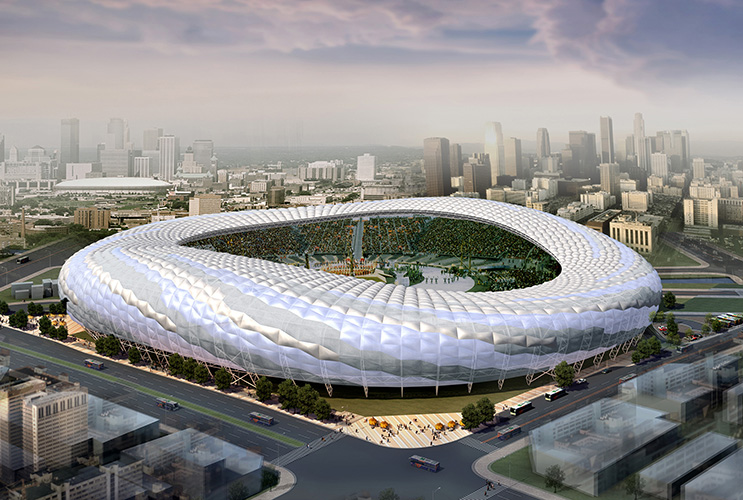